For dinner, instead we checked in to a pretty tourist place called Smile! located on Syngrou Avenue, on the corner. Not saying it’s hard to find-there’s a bright green logo on top that says ‘Recommended by Trip Advisor’. The atmosphere wasn’t exactly divine-the smoke passed straight through the open doors from the conservatory and wafted into the indoor area. But the prices were cheap and the staff were very friendly so we just decided to go in and try it out anyways. You see, my family had all been in Athens about fifteen years ago, living in the Vouliagmeni/Voula/Glyfada in a little house near the idyllic coast, and there was this little gyros restaurant called Pitta Time! At the corner of the road they were living on. Now although hardly anyone knew this place they by far have the cheapest gyros in the whole of Athens-and the most delicious! 1 euro 40 for takeaway and 2 euros for eating in. And the servings are incredible as well! I will talk more about Pitta Time later but if you’re ever in Athens and don’t go there you have missed out big time. So Smile was more or less a faint illusion of what Pitta Time was.

We had the 10 euro deal which was a glass of soft drink or water, a Greek salad and either chicken or pork gyro. I went with chicken whereas everyone else went with pork. We also had some cheese balls, but they weren’t that good. The chicken gyro was made on site where you can see and watch him and they were oozing full of liquid gold, which all went dripping everywhere. They had it with tomatoes (oh dear), a rich mayonnaise, chips, lettuce and cucumber. It was absolutely divine and I got my first taste of how good the gyros in Pitta Time must have been back in the day. 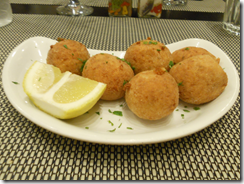 Cheese balls-weren’t that nice, I wouldn’t recommend them 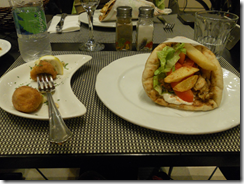 Before leaving, Charlie and I both decided to draw on a stone. This is one of the very weird things Smile has on offer but no matter, it’s a lovely idea. I think it cost 2 euros or something like that but they all get saved up and at the end of the year customers choose their favourite. You could also buy a stone for 0.5 euros and there was a very cute one I wanted but unfortunately I didn’t know at the time. Oh well. You can see my design below (it kind of botched up 😛 advertising). 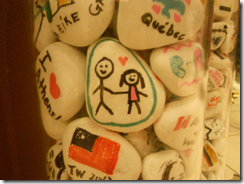 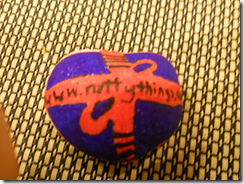 Finally satisfied with our hectic day of wandering, we were all excited for tomorrow-as long as we got a good night’s sleep!

Now first off, I want to apologise for my absence. As I said in an earlier post I have been extremely busy, and honestly speaking still am. I have my Grade 8 piano, Grade 5 clarinet, Grade 4 ballet exams as well as a whole tonne of school mid-years to contend with. If I don’t get myself sorted I wonder how I’m ever going to survive GCSE’s and A Levels

Anyways, since it’s half term I’ll try to bring out lots of things before school hiatus ends.

Secondly, if you’re wondering why the posts seem to just stop without an end, this is a new idea my brother had. My posts-I doth quote-were deemed too long and you guys would just get bored and move off. So I’m splitting longer posts (more than a thousand words) into three parts. They will still be written firstly as one solid thing, I’ll just find right places to end them. I hope this is alright with you all!

Also, it was my birthday on the 17th! I am now officially a teenager…what a sad life.

Hope you all had a happy Valentine’s Day! All I did was drawing my Spanish times with hearts and random love stuff…hope yours was more interesting than mine.

You may have seen the picture on the first of three posts with just my legs and shoes. This is going to be a new ‘fun’ element where you have to guess where I am! The closest person will get a shout out in my next post about how awesome their blog is! Try it out-you know you want to!

In advance, Happy Chinese New Year everyone! If you’re the Year of the Sheep, hope you have a great year! I’m going to miss the horse year L

Also, yesterday I went to Oxford and Bicester Village as a sort of ‘outing’. So I’ll probably be doing a guide to Oxford as well as Cambridge now! (If ever) I think my favourite part was just visiting Blackwell’s, I could just live there…

So I also watched The Theory of Everything sometime recently, and I am aiming to watch Big Hero 6 as well. I’ll also be getting ready to post something about that, maybe with a new category called ‘What I Watched on the Weekend’.

Finally, we are nearly at our 2,000 milestone! I might find it a bit harder to figure out total views per country since WordPress has changed its format

but we only need two hundred more views! I think we can do this!

Have a nice day everyone 😉 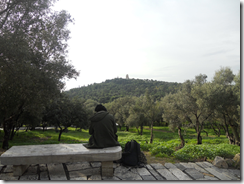