The long awaited Mafia 3 has finally arrived and for me, this has been one of my most anticipated games of the year. One of the unfortunate paradoxes that befells any Mafia game is that it will always be overshadowed by its relatable Rockstar Games cousin who receives most of the gaming community’s hype and fanfare.

In Mafia 3, we get a continuation of sorts to the Mafia 2 storyline (in loosely having Vito and Leo as minor side characters from Mafia 2’s Empire Bay). The main protagonist of sorts is Lincoln Clay, a Vietnam War veteran returning to avenge the deaths of his adopted father and brother. Set in the fictional New Bordeaux (New Orleans), Lincoln has to declare war against the Marcano Crime family in order to seek retribution. How? Well in similar crime based open-world gaming fashion, by mass killings, brutal drive bys and other sadomasochistic actions at the player’s disposal. The game takes on the familiarity of the other Mafia games; typically drive to pick up mission, and then go to another location to complete said mission. All very standard fare these days. What makes Mafia 1 and 2 stand out however was always the story. As those were games that were released in eras where developers focused less on multiplayer (in the case of Mafia, there never has been any multiplayer) and more on the single player missions, it was playing your very own Godfather role playing game; a cinematic game if you will. The concern was always, will Mafia 3 stay true to the series ot veer off into the land of triple-A game disappointments that have become all so familiar of late (No Man’s Sky, Just Cause 3, Hitman, Far Cry Primal). Fortunately, it was the former. 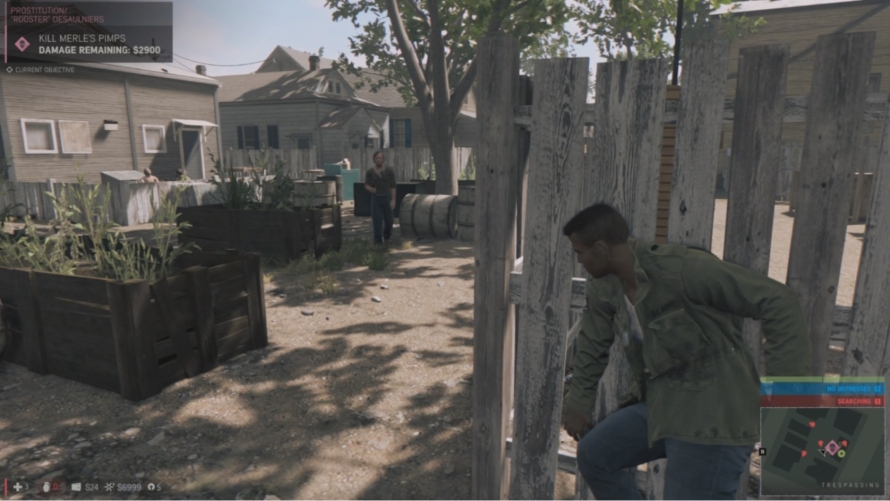 (Picture: Lincoln Clay about to assassinate a redneck)

The game hits all the right notes, diverse environment, gameplay with elements of Hitman and GTA, fantastic soundtrack (albeit only 3 radio stations). Yes there has been a lot of criticisms regarding the PC release only allowing 30fps, but this isn’t really too big of an issue for mysef as the game should always feel more immersive like a film than an out and out action shoot’em up. What I would say is that the driving physics and damage model leaves a bit to be desired. The driving does not feel refined enough, almost Crazy Taxi-like and at times a bit flimsy and I had hoped it would have a better damage model (more like GTA IV – not V as I was disappointed with GTA V’s damage mechanics). Graphically, the world is beautiful, especially around the swamp areas. The city itself is a little unremarkable actually and I do feel that the bloom may be a bit too extreme.

Fascinatingly, the developers felt necessary to provide a disclaimer in the introduction to warn the player of the supposedly excessive amounts of profanities and racist beliefs that are in the game, to “capture an authentic and immersive experience”. Personally, I think compared to GTA V, it should praised that it didn’t pan as much to the typical Black stereotypes and languages that was present in Rockstar’s Games.

Overall, this is a AAA title that for me at least, lives upto expectations and does enough to keep me entertained for many hours to come.